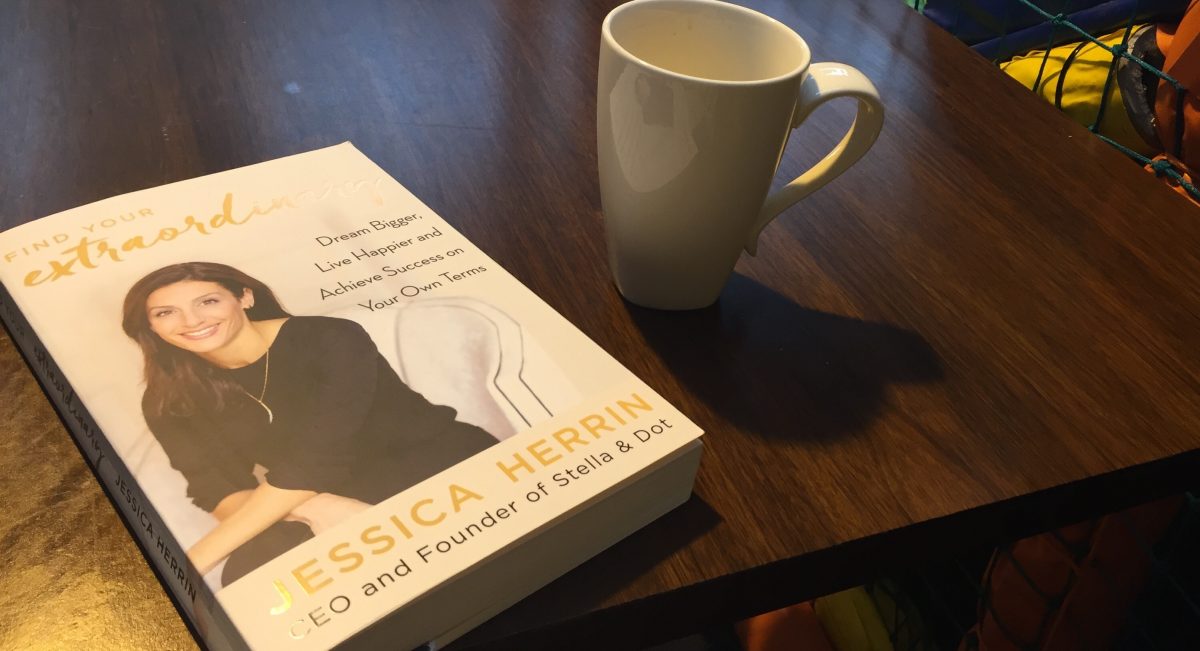 Despite not being a high achiever at school Jessica Herrin managed to go on to graduate from Stanford and become the founder of a very successful tech company in Silicon Valley. Once she was ready to start a family her goals changed. Her aim was to give both herself and other women a way to run a business that allowed them to prioritise family. She achieved this by launching mid range jewellery brand, Stella and Dot and brought direct selling up to date to provide other women with a business opportunity.

I was keen to get in to her story and found the introduction a bit slow but once she began telling her story I was really engaged.

The book is structured around her 6 P’s of the entrepreneurial spirit. The first P is passion, which is about realising the importance of focussing on what you want rather than what society thinks you should want.

The next P is for path, this one isn’t quite so straightforward. It becomes clear that following your path involves careful judgement to decide weather it’s time to change tactics as we have a tendency to want to change our path because things are getting hard when you actually just need to push on through. The part that really resonated for me was the importance of doing something rather than nothing. It’s tempting to keep putting off starting something as you want it to be perfect but it’s better to get started and make changes along the way than never start at all.

I’ve always been a positive thinker so the next P was a no brainer for me. I firmly believe that we all achieve more when we think positively but that does make it hard for me to judge her advice on changing your mindset, I’m not sure how easy it would be to apply it if you tend towards negative thinking.

As part of the “People” P she describes her father, I loved this part as I was inspired by his willingness to teach himself the things he didn’t know in order to move forward. I also thought his attitude to parenting was interesting, focussing on encouraging his children to do things for themselves to help them develop. She describes an exercise to help you listen better to those around you and that’s something I’m going to try as I realise I am often more focusses on what I’m going say next rather than what the other person is saying.

Perseverance is the 5th P and focusses on keeping going despite adversity, the idea that the people who succeed are simply those who keep going is a very powerful one. I also liked the idea that when we are unhappy we don’t necessarily have to change our choices, just make our current ones better.

The final P is productivity. This is the one that had the biggest impact for me. She talks about the need to make trade offs to prioritise what matters, instead of saying that you don’t have time for something, say that you don’t choose to prioritise it, this helps you to see what really matters. She also points out that it’s important to spend your time on a high value activities that align with your objectives rather than the things you enjoy or find easy.

My big takeaway from the book though is about chunking time and staying focused on one thing. She described some research that showed the human mind is a bit like a factory machine, it has to be tooled up to start work on a particular project and when you change task it has to be retooled, wasting valuable time. I have the habit of stopping what I’m doing frequently to check emails or reply to messages. In future I’m going to set aside chunks of time to work on a task without interruption. In fact I’ve already started by writing this review in one sitting without getting distracted by other tasks! Unfortunately it was only partially successful as my 6 year old kept interrupting me to ask for help with his Lego but I definitely got it done quicker than I would if I had been checking social media and emails while I did it.

Although Jessica is in the direct selling industry her advice is applicable to women in any field and I found “Find your extraordinary” a very inspiring read.

Disclosure: I was sent a copy of this book to review but all opinions are my own